Hello again my fellow gamers, Tweeters, bloggers and everyone in between. It’s time for another round of Game Dev Insight and I’m excited to share a friendly and frankly enlightening chat with Emily Grace Buck of the ways of writing in video games, her time writing on and working with highly regarded brands like Batman and The Walking Dead, the differences and similarities between a writer and narrative designer and much more! She’s currently Narrative Lead at Gato Salvaje Studio on the Kickstarter RPG ‘The Waylanders’ as well as Creative Director at Buckshot Interactive. Thank you for joining us again and I hope you enjoy the chat! If you have more comments or questions, feel free give her a follow or tweet on Twitter at @emilybuckshot.

Hi Emily! Thanks so much for agreeing to have a chat with me. It’s appreciated! You’ve been working in games for the past several years. Many aren’t aware of your history prior to that, which includes a lot of work in theatre and acting. What helped you decide to segue into games? Was there any push or catalyst?

Emily Grace Buck: Thank you! Funny enough, it was because I got demoted at an education job and said, “Screw it, I’m gonna go make video games.” I started working as an actor when I was ten, and then continued doing so through getting my BFA in Drama from NYU. After a few years of millenial recession graduate freelance-flailing, I thought I found my calling as an elementary school drama teacher. In order to qualify for a full time position in the New York school system, you need a Master’s of Education. So, I went for my MSed at CUNY Brooklyn College, focusing on educational games, because I really liked video games, and I’d been leading acting games with kids for years.

About a year into my grad studies, I got promoted to being the head of an afterschool program which was woefully underfunded, unplanned, and understaffed. And frankly, I was underqualified… I only lasted a little over a month before I got demoted. This was, I think understandably, a situation that made me really question what I was doing with my life. I’d never believed that as a woman, I could work in video games. But now, thanks to my studies, I had some practical experience. On a whim, I applied to an educational video game company. I got the job, dropped out of grad school, and whelp, here I am!

Did you feel your experience in theatre, acting and voice to be a sort of springboard to prepare you for narrative and writing in video games?

EB: It helps SO much! In acting, you’re always trying to figure out character motivations- what’s their objective, their superobjective, the psychological action they’re using to get what they want in the moment. It’s exactly the same type of process as coming up with multiple ways a character can respond to a choice based moment in a game. I’d recommend that anyone interested in working in interactive narrative take acting classes, especially improv classes. Reading some books by Stella Adler is a good call too. 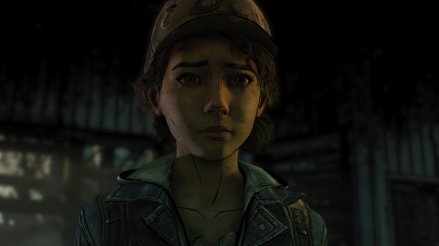 Clementine, from The Walking Dead: The Final Season

You along with the rest of the team at Telltale were responsible for some of my favorite adventure games. I absolutely adored Guardians of the Galaxy, The Walking Dead and both Batman and Batman: The Enemy Within! How did it feel for you personally to be able to work on these highly regarded licenses?

EB: Well thank you! It was pretty rad. Batman was the most exciting for me- I’ve been a huge Batman fan since I was a little kid. But in general, getting to work with such highly regarded characters, on prestige licenses like that was kinda mind-boggling. It took a long time to get used to. Luckily, I’ve written a lot of fan fiction, so the idea of working with other peoples’ characters was old hat- it was just dope that I was getting paid for it!

I can imagine. That sounds like so much fun! More recently though, you’re busy at Gato salvaje Studio as Lead Writer working on the Celtic RPG ‘The Waylanders’ (congrats on the Kickstarter by the way!). It looks great! How’s that been for you? What sort of RPG can fans of the genre expect?

EB: The Waylanders is a story heavy tactical rpg. Our main influence is Dragon Age Origins, and we’re taking a lot from that game. Think tricky combat sequences with dozens of possible ways to play, steamy romance options, three dimensional party members, and a good amount of choice over how the story turns out. 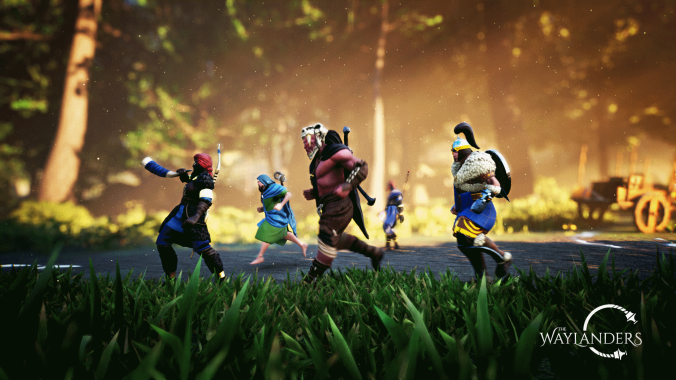 Oh boy. I know a lot of ears perked up at “Dragon Age Origins”. And so, back at Telltale, you oversaw those projects as a ‘narrative designer’. What’s that mean exactly? Does it differ from, say, a role as a “writer”?

EB: It depends on the studio. Sometimes, narrative designer means writer. At Telltale, it meant we weren’t supposed to write anything- there were writers who were fully focused on that, and were, honestly, way better at it. Narrative design, at its core, is making sure that the player has agency over the story, and that they story and game mechanics are aligned. We constructed most of the choice spaces and display texts, and had say over how the player could (or could not) have control over certain aspects of the plot.

Would you say there are some key differentiators between writing or designing a narrative for a video game versus a book or feature film?

EB: In a game, you’re not telling someone a story. You’re creating a sandbox in which they get to experience their own story. You need to think outside of your own way you like to experience things, and consider as many playstyles and diverse backgrounds as possible to make sure that you’re at best, providing a satisfying narrative experience, and at worst, at least not causing harm.

What do you appreciate the most when it comes to writing? Are there character types or story threads you specifically choose to create? In other words, things that personally resonate with you.

EB: I love deep one-on-one conversations between characters, characters struggling with personal growth related to internal hardships like overcoming trauma, and… damnit I love romance so much. Not even necessarily sexual romance, but connections between people. That’s why so many of us play, isn’t it? To get a fantasy of love and care that we don’t have in our normal lives?

To answer the other half of your question- the kind of writing I appreciate the most is writing that I know I can’t do. I love reading or playing or watching stories that I never would’ve been qualified to tell. I couldn’t have written Mulakka, or Butterfly Soup, or Depression Quest, or Never Alone. They reflect aspects of being human that I don’t know, and I loved that they taught me to be a more empathetic person. Writing that expands my worldview is total heart eyes emoji.

Batman: The Enemy Within

Are there ideas or subject matter you wish studios tackled more often in games?

EB: I’d love to see more games try to tackle any kind of subject matter without fear of the most vocal parts of the gamer fanbase. Companies are becoming braver, but still far too many cater to Gamers with a capital “g” instead of thinking about everyone who buys and plays their products. We’re seeing more diverse representation of characters and themes in games, but I’m very ready for more diverse hires, stories none of us even know to ask for because they’re from people we’ve been keeping out of the industry since the beginning, and for the majority of games to rely on something other than violence as their main mechanic.

Absolutely agreed. And do you have any sort of advice for anyone looking to get into narrative and writing in the games industry?

EB: My biggest advice would be to DM/GM tabletop games. It is, in my experience, the hands down best way to start to figure out for yourself what players really want out of certain situations- because they’re improvising with you in real time. Story and conversation heavy TTRPGs, are best for this, but any game will do. I tend to prefer more recent White Wolf stuff like Exalted 3rd ed because their stunting systems encourage more creativity on the part of your players… which will throw off any inexperienced GM. This is a good thing! Put yourself in situations that make you have to learn, and that force you to confront your own design style. That’s how you’ll grow.

Before I let you go…what’s one game from the last 10 years you feel almost everyone should experience for one reason or another?

EB: Candy Crush. I know, you’re probably like, “Umm, what??” But, seriously. It’s brilliant. Yes, the FTP mechanics of it are problematic. Rather problematic. Yet, look at it this way- Candy Crush is one of the most-played, highest grossing video games- and it did it by catering to an audience that almost all video games completely ignore… women over 30 who have never played video games.

Look at how it teaches people its mechanics. Think about why it was able to make that much money while completely ignoring Gamers. Imagine what you could do if you made your game accessible to that audience and more, instead of relying on a knowledge of past games. Picking up video games is hard, and by gatekeeping certain populations from our hobby, passion, and industry, we’re limiting ourselves and the potential of our craft.

That’s actually a good point and perfectly reasonable! And with that, I thank you so much for your time Emily, it’s been a pleasure. And I extend my empathy for everyone affected by the recent closures. It’s great to see you going strong and I hope everyone lands on their feet.